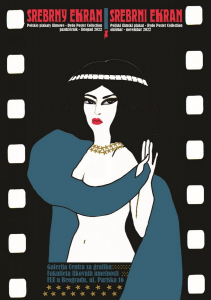 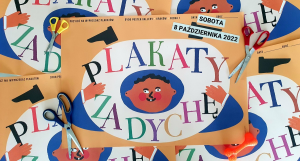 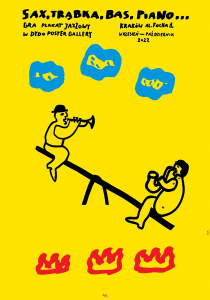 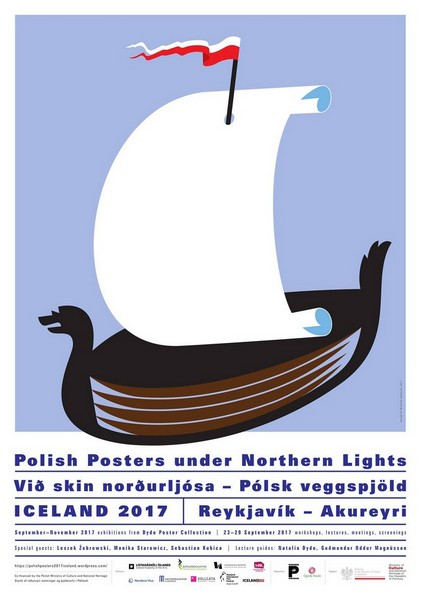 The new exhibition at Dydo Poster Gallery in Krakow is a summary of the project 'Polish Posters under Northern Lights', which was realized by the Stowarzyszenie Ogrody Sztuki in 2017 in Iceland. It aimed to promote the Polish poster abroad and establish new Polish-Icelandic contacts.

The art of a poster in Iceland is not as traditional or popular as in Poland. The Polish artists invited to the project: prof. Leszek Żebrowski (Academy of Art in Szczecin), dr hab. Sebastian Kubica (Institute of Art in Cieszyn, University of Silesia) and dr Monika Starowicz (ASP Katowice), conducted workshops "Poster as a form of art" for students and professionals at the Iceland Academy of the Arts. From September to November 2017 in Reykjavik and Akureyri, you could take part in six poster exhibitions and accompanying events: lectures on the history of Polish poster art, workshops and film screenings, which were held in cooperation with Nordic House, Reykjavik City Library - Gerduberg Culture House , Akureyri Art Museum, Municipal Library of Akureyri, Kartöflugeymslan Gallery, MAK - Akureyri Culture Society, Reykjavík International Film Festival, Iceland News Poland and the Polish Embassy in Reykjavík.

The exhibition will present the works of students participating in the workshops and posters of artists who conduced classes in Reykjavik: Leszek Żebrowski, Monika Starowicz and Sebastian Kubica. Complementing the exhibition will be posters of one of the greatest authorities of designing posters in Iceland - Professor Guðmundur Oddur Magnússon, also known as Goddur, and a student at the Academy of Fine Arts in Katowice, Anna Pałosz, who a few years ago created a series of posters for Icelandic films.