Home / Eroticism in the Polish posters 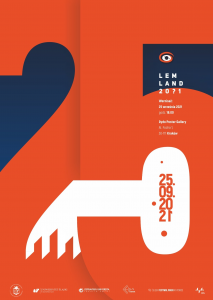 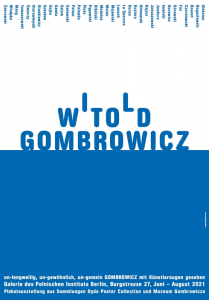 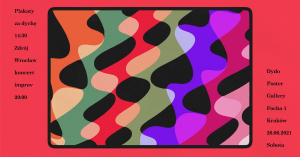 Eroticism in the Polish posters

Nudity is not sex yet it conjures up prurient erotic desires. In certain cultures total physical exposure is common while in others it is forbidden – in some it is profane. Nonetheless humans are born naked so nudity is endemic to just about every aspect of life. Nudity is impossible to hide and is, therefore, a staple of art wherein it is often treated a symbol or metaphor rather than a reflection of reality. The bible may be the root of this symbology. Not until Satan appeared did humans start wearing clothes yet the faithful could argue that clothes “were not devised by Satan but by God,” designed to serve as His expression of love, protection and grace.

In Polish poster design nudity has long played a largely symbolic/metaphoric role. When the Polish poster was at its creative zenith during the fifties, sixties and seventies when censorship prevailed, nudity – often surreal and absurd – offered an opportunity to break through the taboos imposed on Polish artists. The language of design at this time included many subversive images but paradoxically nudity helped to “cover” up unacceptable, anti-Communist ideas. Unacceptable deology was a problem yet not nudity per se. In fact, body language spoke volumes: The tilt of a head, the purse of the lip, the tension of an arm or limb, the size of a breast, the direction of a glance telegraphed messages that may have distracted and disarmed the censors.

Nudity is about the body yet sometimes the body politic is seduced in the process. What has been historically so tantalizing about the Polish poster is the ability to fool the establishment through the unconventional use of nakedness. The body, from head to toe, is both art and politics that simultaneously has tremendous power and beauty.

The exhibition will showcase 50 works from the Dydo Poster Collection, which present the theme of eroticism in film, theatre, music and exhibition posters, as well as those promoting tourism in Poland.

The opportunity to prepare the exhibition is the premiere of the latest book by Steven Heller and Mirko Ilić 'Head to toe. The nude in graphic design', containing over 600 examples from all over the world, including about 100 Polish posters.

The opening of the exhibition "Erotism in a Polish poster" will take place on Thursday, September 20 at 6pm at the Dydo Poster Gallery in the former Cracovia Hotel at al. Focha 1 in Krakow.

Exhibition related to the book „HEAD TO TOE: The Nude in Graphic Design” by Mirko Ilić and Steven Heller ©2018 Rizzoli New York